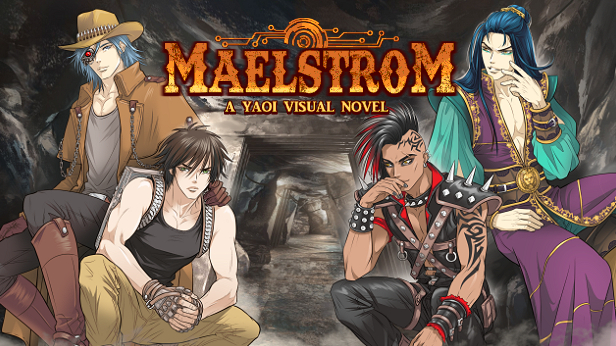 Disgraced soldier Demetri is exiled to Secren, a dangerous world devoid of women. Earthlings are smaller and weaker than the violent men of Secren. Demetri’s only hope for survival is to bond with a strong mate who can love and protect him. The heterosexual Italian-American refuses to do that. He’s not a homophobe, but he won’t have gay sex to survive–or will he? 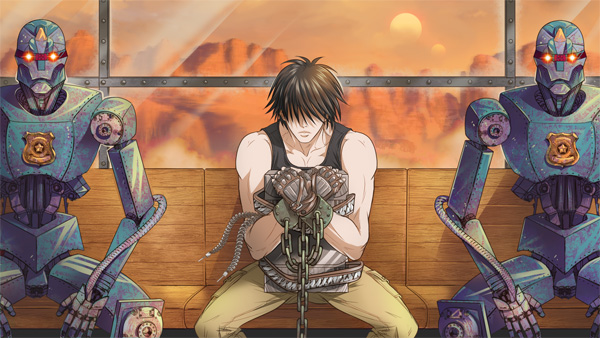 Based on the Bestselling novel series by author Yamila Abraham, and illustrated by the internationally renowned art studio Dany&Dany! Finally, Maelstrom fans have a new format to enjoy this extremely popular story. 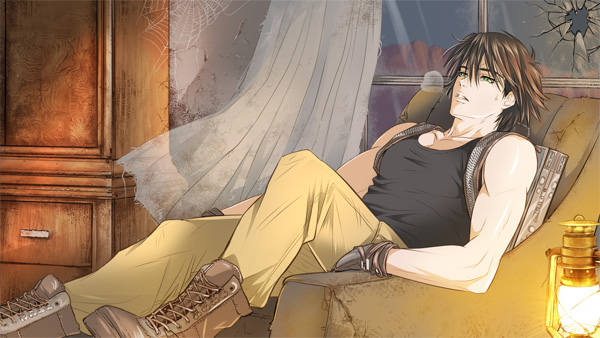 While mostly linear in presentation, Maelstrom includes three possible love interests for Demetri to choose from, and has a number of pivotal choices to guide the story. Multiple endings can be achieved in every route! 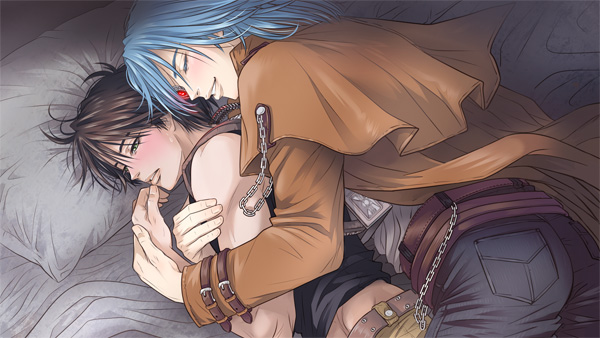 Maelstrom is rated ‘Mature Players’ only. There is no explicit sex or nudity illustrated in the game, however, it is heavily implied, vividly described, and alluded to. 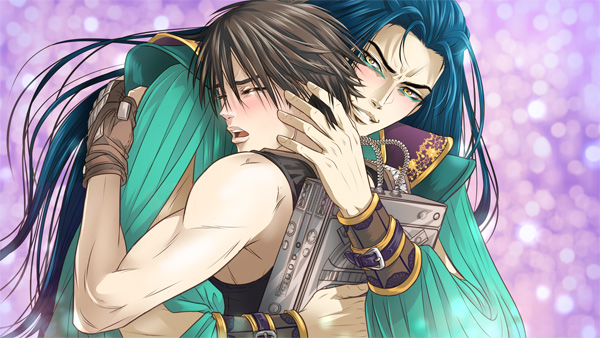 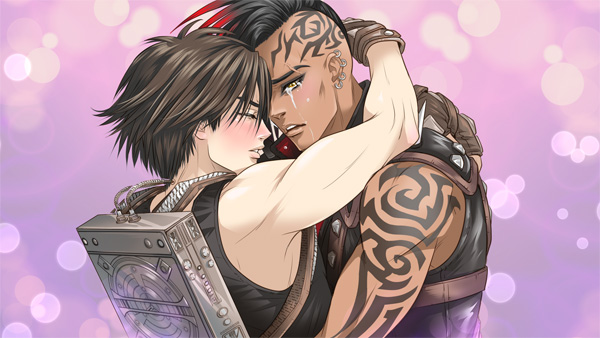 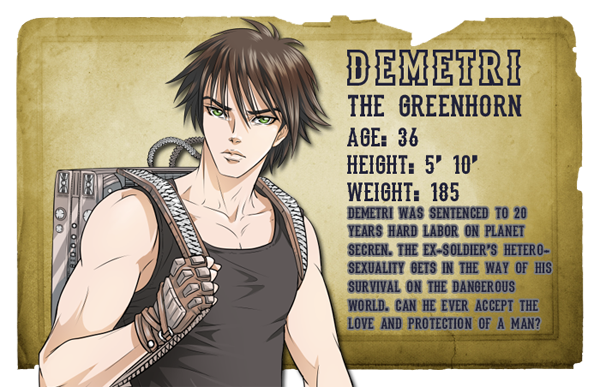 Play as Demetri. He disobeyed an order to try to save the lives of his squadron. They died, and he ended up court martialed. He has 20 years hard labor on Secren and things he can get by without becoming someone’s boyfriend. It’s not like he’s a homophobe, he just isn’t into dudes–for now.

Sadly, having to bond with a man may be the least of Demetri’s problems. Planet Secren is a violent and dangerous world. Things become real for him fast, and he doesn’t know what he’s going to do. 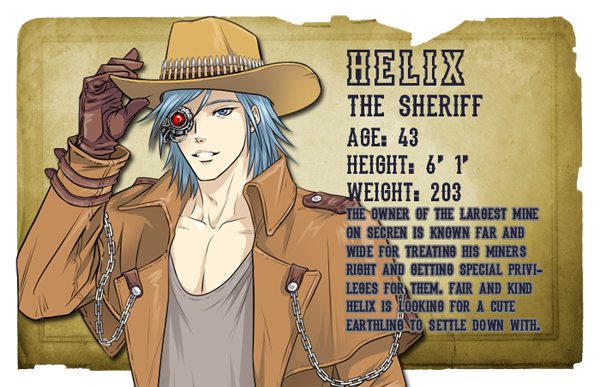 Helix was the only love interest in the original novel series (who was named Maelstrom) and is the ‘cannon’ route here. Helix is the hero you need to survive this horrible planet. How long can you resist this charming mine-lord? 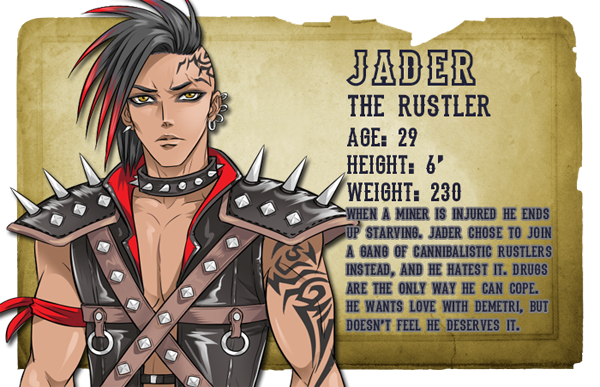 Jader isn’t evil, he’s just a victim of the horrible circumstances on his planet. When he injured his leg he couldn’t mine anymore and had to join a biker gang of cannibalistic criminals. He doesn’t like what he’s become, and takes drugs to numb his pain. He’d become clean and walk away from it all for a guy like Demetri. 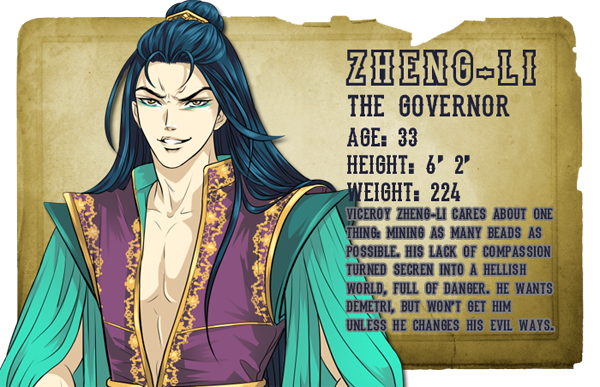 Zheng Li is the reason Secren is such a terrible planet. He lives in his lofty fortress above all the suffering. For him, miners are just disposable assets. He thinks it’s fine for the weak ones to die. That just lets stronger miners take their place. Now that he wants Demetri he’ll have to open his eyes to how horrible he let things get. 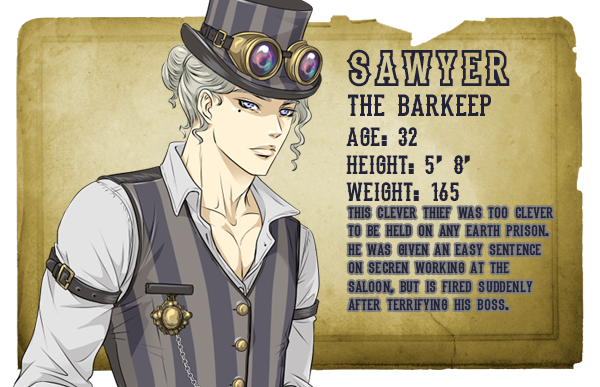 Introducing Sawyer, your FOURTH love interest! We decided that three just weren’t enough. We’ve decided to up that to 4 with the introduction of the fired barkeeper Sawyer. Sawyer’s bonus route will be added after the game is launched on Itch and Steam! To play this additional character you must get happy endings in all the other routes.​ 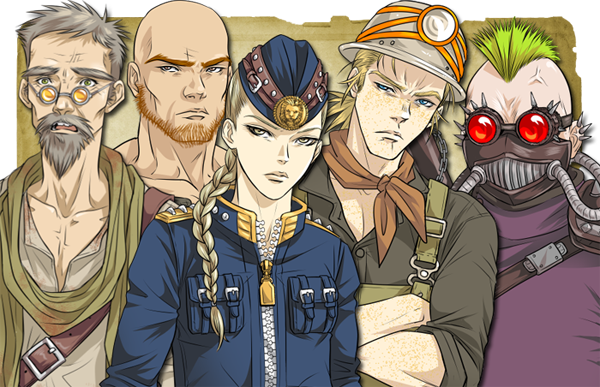 A whole plethora of side characters support the action in this game! 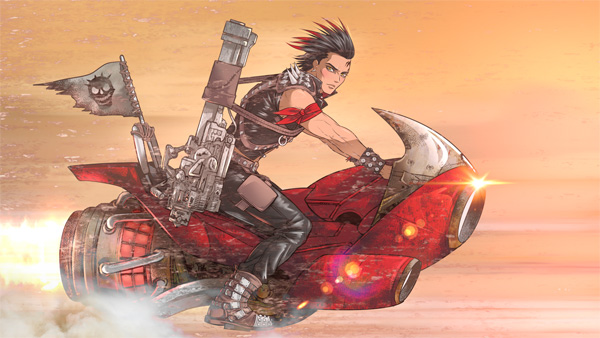 Other Games from Y Press Games

All sex and nudity happens off camera, but is heavily implied throughout. There is sexually explicit and descriptive dialogue. There is swearing and crass language.

A gang of cannibal motorbike riders is the primary antagonist and severely injure one character. The content pertaining to these villians is dark and violent.

How To Install Free Download Maelstrom A Yaoi Visual Novel

Click On The Below Button To Start Maelstrom A Yaoi Visual Novel Download. It Is a Full And Complete Game. Just Download And Start Playing It. We Have Provided a Direct Link Full Setup Of The Game.